Thousands of people have converged at Tinker Field in Downtown Orlando for the Electric Daisy Carnival, EDC, an annual electronic dance music festival.

ORLANDO, Fla. - The Electric Daisy Carnival, commonly known as EDC, has kicked off at Tinker Field outside Camping World Stadium in Orlando, and organizers say it's going to be bigger and better than ever.

The now three-day music extravaganza is taking place Nov. 8-10. Thousands of electronic music fans will be flocking to Central Florida for days of live music, crazy costumes, and dancing.  Insomniac Events, which hosts the festival, gave FOX 35 a first look at the expansion and new elements back in September.

The Electric Daisy Carnival, commonly known as EDC, kicked off Friday at Tinker Field outside Camping World Stadium in Orlando and organizers say it's going to be bigger and better than ever.

“This year it’s going to be on a whole other level,” said Pasquale Rotella, founder & CEO of Insomniac Events. “Pretty much every stage that we build is going to be larger than we’ve ever had."

EDC Orlando is promised to be a Las Vegas-caliber EDC experience. Rotella says they made the event 3 days this year to make it worthwhile for travelers.

The event combines carnival themes with attractions and features cutting-edge stage production along with innovative art and technology. With larger stages, more acts and art installations, festival-goers are expected to get their money's worth.

Something else that is sure to wow the crowd: a massive overhead LED spinner and an art display.

“We’re building something called Pixel Forest, which is a walkthrough experience, that we’ve only done in Vegas,” said Rotella.

Rotella believes they can grow the Orlando crowd to the size of the Vegas event, drawing in half a million people.

“It’s a city that has an energy about it that ties very well into what EDC is about,” said Rotella, “Being your best self, no judgment, accepting people of all different kinds.”

EDC began in 1997 as a warehouse party in Los Angeles. It has now grown into the go-to live music experience, attracting around one million fans each year on four different continents.

EDC Orlando is open 1 p.m. to midnight all three days. The festival is only open for ages 18 and up. Attendees can expect a TSA-style search, which will include having bags checked and a full-pat down for safety.  For lineup and ticket information, visit the EDC Orlando website. 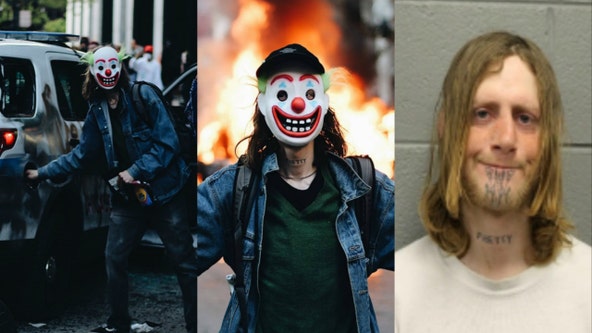